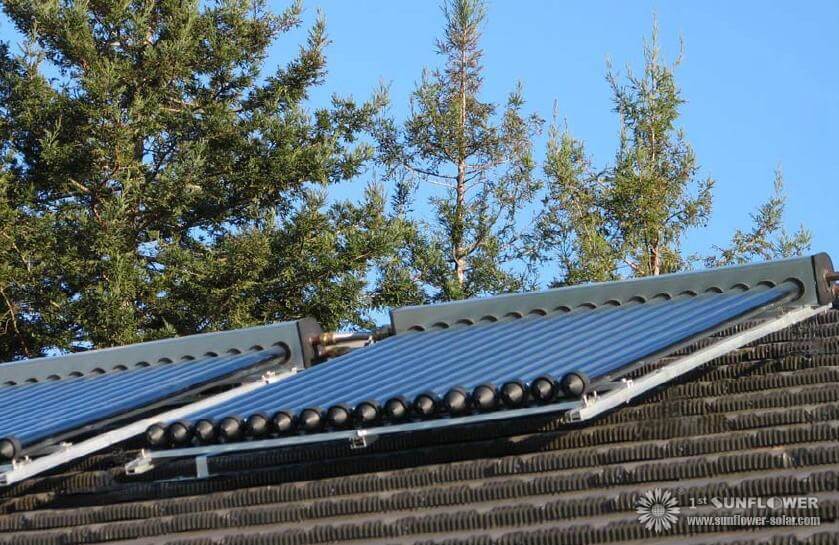 The solar water heating market in South Africa has recorded phenomenal growth the development of less than 20 suppliers over the last four years in 1997 to more than 400 by the beginning of 2011, finds Frost & Sullivan, the global market research and growth consulting firm.

In line with global trends, South Africa's domestic hot water systems market in motion is away from traditional water heating methods such as conventional geysers, towards more energy-efficient measures, namely solar water heaters. Such a development may be due to the fact that the water heating accounts for about 40% of households the electricity bill. 18% of the national electricity production in South Africa distributed consumption for heating of water for residential, commercial and industrial use.

Eskom then developed a demand-management program, solar water heaters as a prime mechanism promote, to save energy from the tense national grid company. The Eskom rebate program was established, and set a target for the installation of one million solar water heaters until 2014. "The idea was that such demand side management could alleviate until to 578 gigawatt-hours electricity from the grid, which corresponds to the establishment of a 2,000 megawatt power plant," said Gonçalves. "In addition solar water heaters are often during peak hours (morning and evening) the exact date when angespannten use, power struggle, the desired peak-time power to produce", he says.

However, between 2007 and 2010, the market experienced volatile growth, plagued by 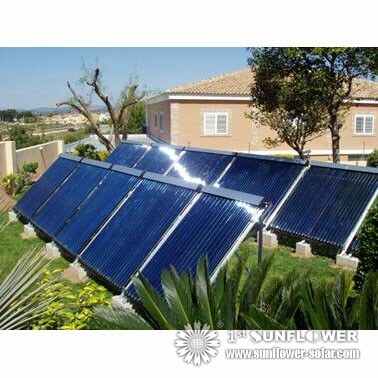 malfunctioning products, fly-by-night companies, and incorrect installation and application of the products. Nevertheless, market growth continued, albeit slower than expected, as many suppliers experienced a hush after this initial boom. "This was caused by the negative reputation that solar water heaters were receiving, due to conflicting information and incorrect product application, as well as initial challenges in the development of the rebate program," comments Goncalves.

The market started something many fly-by-night company selling cheap stabilize during the second half of the year 2010 - out-the-box from the market imported Chinese products or changed their strategy, while established businesses with good mouth to-mouth call efficient distribution networks, franchise and partnerships formed. Since they began suppliers and installers, to capture the subtleties of the South African climatic conditions such as sunlight and the myriad different applications of the installation of a solar system, the development of the market in an orderly manner has gone before. Frost & Sullivan believes that this slowdown in sales is misleading however. New building regulations were announced that the face of the market and conventional plumbing change as we know it. When the new building officially enforced, new buildings are in patients on recovery services to account for at least 50% of their water consumption through energy-efficient process be generated or, for example solar water heaters or heat pumps required. The demand pressure, this bring to produce to the market and install these products is exciting. Frost & Sullivan research has shown that solar production in South Africa to internationally competitive levels can be done for flat-plate collectors for product types. Prepare current and potential future owner for this legislation-driven demand and set to with foreign imports that either on the one hand, or serious, categorized global solar water products by low price, large amount (and often inappropriate technology) competition heating manufacturers with developed global distribution networks and more expensive products on the other. "The main challenge for the development of the solar water heating market is the installation." "Solar water heaters requires a mix of plumbing and electrical skills, as well as unique solar system skills that must be learned", Goncalves says. Solar system installation is about four times more labour-intensive than installing a traditional geyser. In addition, many features variable installation needed can be purchased products in various applications, of which some are only virtually learned: various roofs, roof-restructuring, buildings, pipelines, latitude tilt irradiation and other variables. The plumbing industry is currently fully utilised, a pool of 3,000 qualified Installers need to be strengthened by an additional 8,000, if the market with demand for mass of solar collectors for water heating in the next 4-6 years to cope with. Transformation of skills from traditional plumbing energy-efficient plumbing requires a different set of skills, install heat pumps. These capabilities are similar as those required for air and refrigeration.

"To facilitate the transformation of the market, which will require coordination and communication of the planning and implementation of major players of the industry and the Government", said Goncalves. He adds that a proper development of skills of the key to the success or otherwise doomed the initiative.

For the market as a whole, Frost & Sullivan the development of installation capabilities believes the biggest challenge remains (qualitative and quantitative). The policy of the ordination of energy-efficient building codes is a market of support mechanism, successfully in numerous foreign markets including the cities of Barcelona and Madrid, as well as Austria, Israel and Cyprus.

Ultimately, it is solar market for a second, high growth phase, larger than the previous surge in South Africa preparing. The key is to address the gaps in the market and be ready to support the change.

Frost & Sullivan, the growth partnership company, enables clients the growth speed and best-in-class positions in growth, innovation and leadership. The company growth partnership service provides the CEO and the CEO of the growth team with disciplined research and best practice models to the generation, evaluation and implementation of powerful growth strategies drive. Frost & Sullivan leverages 50 years experience of working with Global-1000 companies, emerging businesses and the investment community from 40 offices on six continents.