Solar off-grid power generation system inverter is an electronic device that converts the 12V/24V/48V/60V/72V DC power provided by the battery into 220V AC, and at the same time converts the city power into DC power to charge the battery. At the same time, it is used in The inverter in the solar power system is also an important part of the solar power system. The following describes the principles and types of off-grid inverters, so that you can better choose solar off-grid inverters.

1. The working principle and characteristics of off-grid inverters

The off-grid inverter is a power conversion device, which pushes-pull and boosts the input direct current, and then inverts it into 220V alternating current through the inverter bridge SPWM sinusoidal pulse width modulation technology. 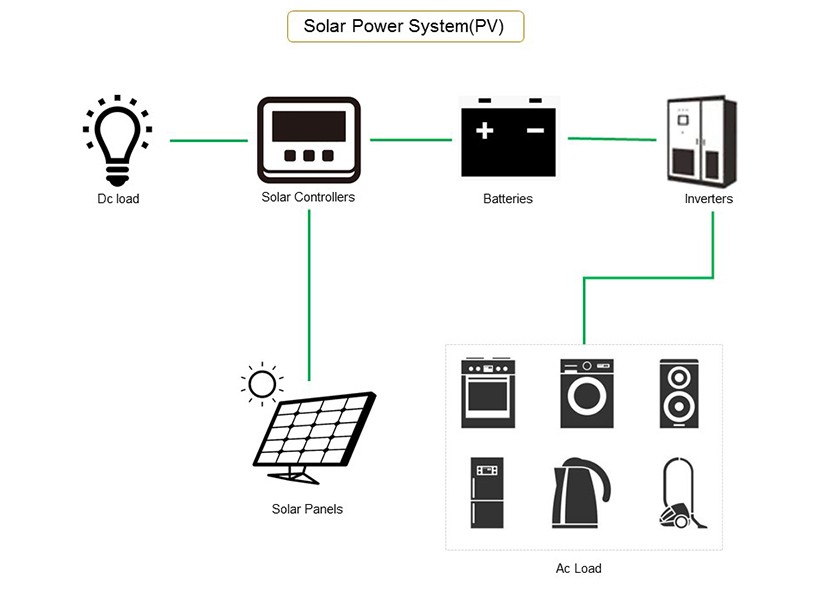 ③Use digital or LCD to display various operating parameters, and related parameters can be set.

⑤The voltage regulation accuracy is high. Under the rated load, the output accuracy is generally less than plus or minus 3%.

⑥It has a slow start function to avoid the impact of large current on the battery and load.

⑨It can be used in environments above 5500 meters above sea level, and the adaptable temperature range is -20~50 degrees Celsius.

Off-grid inverters should choose the inverter type according to the environment. There are three types of photovoltaic inverters on the market: centralized inverters, string inverters, and micro inverters:

② String inverters, also known as distributed inverters, are mainly used in various barren hills, industrial and commercial or home roofs. The power station is generally not large, and it is integrated into the national grid through full or surplus grid connection;

For more product details, please refer to the following: