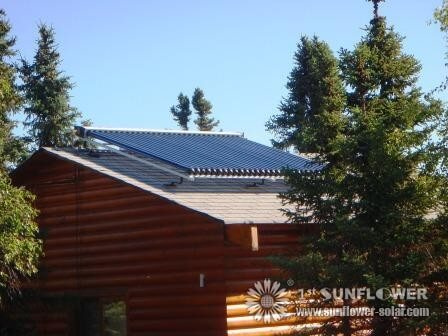 State-owned power solar water heater Eskom incentive program, which would be released shortly, only it will start at the national level once there were registered in all main centres, suppliers said on Tuesday.

Eskom is currently working on the program, and although the time depends on providers that supply all the necessary information, expected that the programme will start shortly.

Since December, more than 80 potential suppliers were asked to express their interest in register, Eskom, said, and added that the interest had also been seen from new participants in the market, both locally and internationally.

The utility said it was carefully management of consciousness throughout the programme, to ensure that demand is not created in the solar industry which could not be supplied.

Some R2-million would be available through this program, which was managed by the firm of Deloitte & Touche financial services over the next five years.

The assistance was provided incentive directly to the customer through a "discount price" through a provider registered with Eskom.

He explained that a client that uses a provider registered and installer must pay the amount recesses, the provider, in turn, would be able to claim back the amount of incentives of Auditors facilitate Eskom.

The objective of the public service company was the substitute around 900 000 electric geysers, including the construction of new homes with solar energy systems, thereby creating 578 MW energy savings.

The utility said that created energy using solar energy instead of electricity savings, the Bill of between 20% and 40% electricity consumption would be reduced, and remain a source of renewable energy could contribute to greater environmental objectives.