The traditional modified wave inverter is produced by stepwise superposition of square wave voltage. This method has complicated control circuits, more power switch tubes used in superimposed lines, and larger volume and weight of the inverter. Many problems. In recent years, with the rapid development of power electronics technology, the PWM pulse width modulation method has been widely used to generate the corrected wave output. 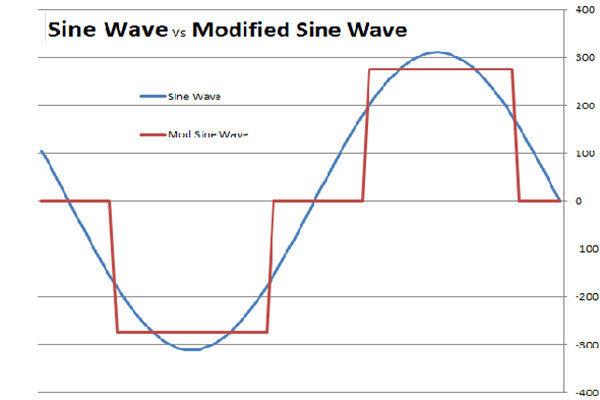 ① The output waveform is significantly improved compared to the square wave, and the content of higher harmonics is reduced. When the number of steps reaches more than 17, the output waveform can realize a quasi-sine wave.

②When using transformerless output, the efficiency of the whole machine is very high.

① There are many power switch tubes used in stepped wave superposition lines, some of which require multiple sets of DC power inputs. This brings trouble to the grouping and wiring of the solar cell array and the equalization of the battery.

②The step wave voltage still has some high-frequency interference to the radio and some communication equipment.